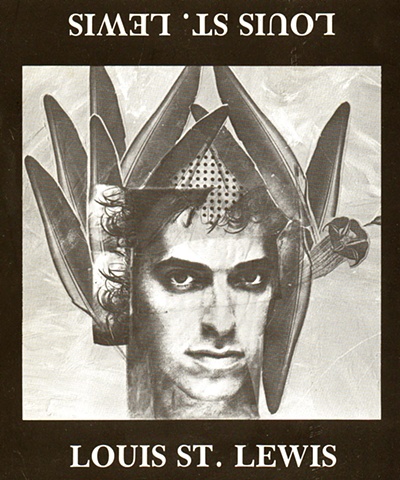 "The ultimate in modified naturalism, St.Lewis own face, applied to the canvas in some sort of photo-mechanical process, tops the sketchy torso in "Zephyr". The compound figure's pubic hair is painted as in cold sculptural relief; and St.Lewis' signature is printed backwards. On the other hand, his signature from a similar "Zephyr" from the year before reads," from the HAND of Louis St.Lewis,". in printed and possibly stenciled letters. Other and different signatures, scrawled or printed, throughout the show, are an ultimate search for identity. ( I might be tempted to say they also indicate multiple personalities, if the show weren't guided by such a singular intelligence.)